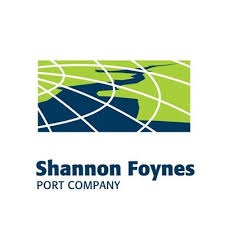 The company provides a variety of services, from controlling navigation and marine safety, to warehousing, logistics and cargo handling. It handles the largest vessels entering Irish waters, up to 200,000 dwt, and has a track record of continuous growth and innovation.

The company was formed in 2000, resulting from the merger of the former Shannon Estuary Ports and Foynes Port companies; these in turn were originally formed in 1996 following the Harbours Act of that year, which provided for the establishment of statutory port companies, free to operate independently with a strong commercial remit, while ownership was retained by the State.

SFPC specialises in bulk cargoes, which constitute more than half the cargoes transiting Irish ports. SFPC accounts for more than 37% of all bulk cargoes in the Republic (IMDO 2016). Typical cargoes include liquid fuels and chemicals, ores, coal and other energy products, agri-business inputs such as animal feedstuffs and fertilisers, recyclable materials and various project cargoes, including wind turbines for wind energy projects.