During COVID-19 restrictions, the NWDG is continuing to meet regularly via Zoom. Our AGM takes place in November each year.

Links to our member organisations 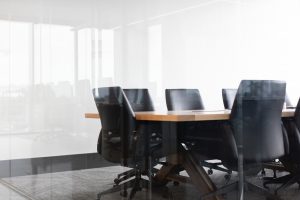 The aim of the Worker Participation Acts 1977-1988 was to include aspects of the stakeholder approach in corporate governance, reflecting the idea of the company as a "social institution". It was also hoped that inter-union relations would be improved through the establishment of a Worker Director Group under ICTU.

The 1977 Act was initially applied to Aer Lingus, Bord na Móna, B&I, the Irish Sugar Company, CIE, ESB and Nitrigin Éireann. An Post and Telecom Éireann were added in 1983, and the 1988 Act added Aer Rianta and the daa. Further commercial state companies have since been added e.g. Port Companies and the RPA.

Worker director candidates are generally nominated by recognised trade unions for election by all employees. In the majority of cases, employee-elected directors form 1/3 of the company board. In the early days, non-worker directors in Ireland were sceptical of the new arrangement and often held private meetings excluding the worker directors.

Section 4 of the 2012 TASC report Good for Business? Worker Participation on Boards confirms that this scepticism is no longer in evidence. BLER has been shown to contribute positively to the corporate governance and quality of decision making of these companies/organisations.